This is an extract of the document submitted by The Informal Working Group for Language Policy and Language Rights in Guyana to the National Toshao’s Council, concerning indigenous language rights and preservation:

From: The Informal Working Group for Language Policy and Language Rights in Guyana, University of Guyana

A. The United Nations Declaration on the Rights of Indigenous peoples (Ref. Articles 13, 14, 16) states that …

B. Indigenous languages of Guyana (and elsewhere) are in danger of becoming dead languages. As an ever increasing number of languages disappear, so too do the cultures of the people who speak these languages. The world loses the wisdom, knowledge, problem-solving and other perspectives of these civilisations.

C. The Global Education Monitoring Report (UNESCO) Policy Paper 24 of February 16, 2016, “If you don’t understand how can you learn?’ announced six essential messages:

D. Colloquium 2016: Languages of Guyana—Theory, Policy and Practice in education and beyond was held at the University of Guyana during August 10 and 11, 2016. This colloquium was an initiative of the Informal Working Group for Language Policy and Language Rights in Guyana within the Department of Language and Cultural Studies of the Faculty of Education and Humanities. Out of this colloquium participants made several recommendations for the way forward. One of the main recommendations was the invitation that the working group present the Charter for Language Policy and Language Rights in the Creole Speaking Caribbean to the NTC with recommendations for implementation.

We therefore recommend that the National Toshaos Council take the following actions:

iii) adopt a position which demands the formal use of the indigenous languages in education in Guyana, starting with Early Childhood and Primary School

vii) call for an amendment to the constitution that would provide for ‘freedom from discrimination on the ground of language’.

viii) in relation to mother tongue education in the indigenous languages and Creolese, authorize and support 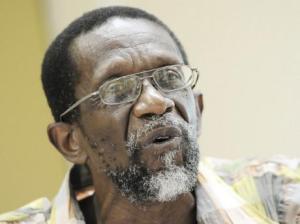 Language in the Caribbean Community (CARICOM): Let’s Not Fake It by GLU member Hubert Devonish